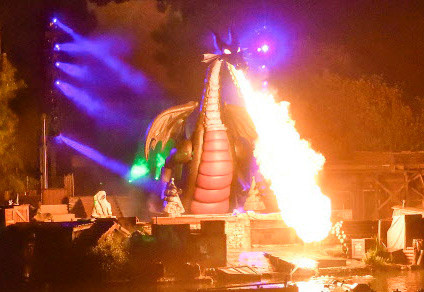 Garner Holt heard noises that he was going to be honored by the city of San Bernardino.

But the animatronics wizard was still “shocked and amazed” when he was asked to attend last week’s City Council meeting and heard the proclamation declaring July 25 Garner Holt Day.

“What was just as amazing, the whole place gave us a standing ovation,” he said. “I thought, ‘How cool is that?’ ”

Holt is a San Bernardino native who, out of his childhood love for Disneyland, taught himself to build robotic figures and now supplies them to theme parks around the world.

“What was just as amazing, the whole place gave us a standing ovation,” he said. “I thought, ‘How cool is that?’ ”

While still a teenager, Holt incorporated his company July 25, 1977, at a law firm on San Bernardino’s D Street.

“I’m basically what I would call a lifer in San Bernardino,” he said by phone. “I told them at the meeting when I was standing next to City Hall that I was born and raised less than 10 minutes from that spot.”

After some lean years, Holt began to get contracts from such businesses as Las Vegas resorts and Chuck E. Cheese’s, creating singing mice for the pizza chain’s animatronics floor show.

A breakthrough came in 2001, when he was chosen to do the “Nightmare Before Christmas” holiday overlay for Disneyland’s Haunted Mansion, an attraction that inspired him as a kid.

One of his company’s biggest years was 2012, when it created several figures for Radiator Springs Racers in Disney California Adventure’s Cars Land. With theme parks expanding all over the world, the future could be even bigger, he said.

“We’ve got some really big projects right now. Within the next couple of weeks, if everything goes as planned, we’ll have more work than we’ve ever had in the history of this company.”

Though his work takes him to Orange County and Los Angeles, Holt said San Bernardino is home for his company.

“This is where I’m from and a lot of the people who are involved in the business are from.”

“We’ve got some really big projects right now. Within the next couple of weeks, if everything goes as planned, we’ll have more work than we’ve ever had in the history of this company.”

Size: 70,000-square foot facility in San Bernardino with about 100 employees.

Garner Holt through the years

• 1975: Sells San Bernardino’s Central City Mall (now the Carousel Mall) on the idea of hosting his haunted house. It debuts in the Harris Court.

• 1976: Unveils a talking, moving Uncle Sam at Central City Mall in honor of the U.S. Bicentennial.

• 1988: Debuts “Wendell,” an automaton that rides a unicycle without visible means of support.

• 1993: Creates figures for a log ride at MGM Grand Adventures in Las Vegas and “Backyard Monsters,” a traveling museum exhibit.

• 2014: Refreshes Knott’s Calico Mine Ride. Receives a lifetime achievement award from the Themed Entertainment Association. Disney Imagineer and mentor Bob Gurr makes the presentation.
• 2017: Supplies figures for Symbolica: Palace of Fantasy, a $38 million dark ride at Efteling, a park in the Netherlands.

Written by Fielding Buck for The Sun

Lorem Ipsum is simply dummy text of the printing and typesetting industry. 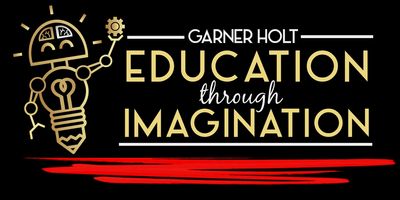